Hello there! Planet or Kepler (you can call me one of those), here! And today, we have surprises and good news!

There are two polls, one was in the previous update and two was in the “A Message.” program!

The First one, “Should I add hair to all of the characters?”. I will be deciding as no one commented. don’t be afraid to ask or answer! And my decision is I will be leaving Dj with only hair, otherwise, no one will like him!

The second one, “What app would you like to see after City Dash?” Here are the results!

Snowboarder is the winner! Sorry MF! XD Snowboarder was also picked for a Remake (by me), but more info in a sec.

I announced a few months ago, that Color Switch was getting another Update! known as Update #3! I Have Sneak Peaks! 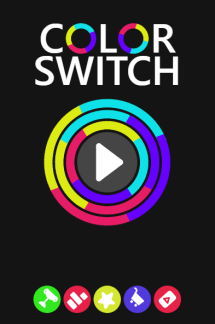 The first and second pictures show before v1.2 and after v1.3a, and the last is the updated star graphic! Exciting right? It is set to release Late November, and you can have a sneak peek here!: https://www.khanacademy.org/computer-programming/wip/5230749527113728

Not much here, but I’m almost finished my first Unity course!

Starting soon, Snowboarder will be going through a remake! I will also be making another poll, should it be called:

You can vote here! Deadline is when the fourth update comes out!

The Remake of Snowboarder will have

Everything here will make you faint. You should have fainted. It may come out February.

Thank you for your time! Update Three coming mid-November!