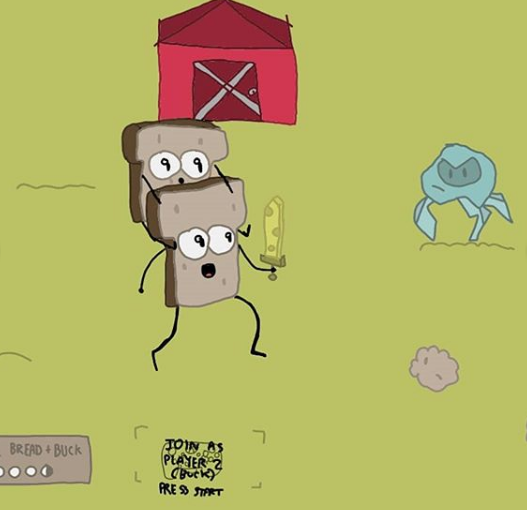 Hello! Here are my plans for the start, middle and rest of the new year; 2019! I’ve got stuff for Khan Academy Community, YouTube and my apps! Starting with KACS!

First off, Monument Food II, lets get that out of the way! I will be working on it at least 15 minutes – 30 minutes every day if possible, I will also be doing 1 Hour Live streams every now and then where I code this game.

Next, I will be entering a lot of contests because I like contests, I won’t be too active on here, nor inactive, sorta in between for majority of the year, I will probably go hard cold inactive around summer as I’ll be spree coding my huge game in Unity.

That’s basically it, I’ll try and release some good games like MF II or Mesh Dance and some remakes though.

Things I explained in my YouTube is that I won’t be doing too many ProcessingJS tutorials anymore but a variety of tutorials for different things! Also Minecraft and Gaming are returning to my channel so expect to see some Minecraft!

I also want to thank you for 300 views on my video, Discord Miner! That’s pretty awesome! Be sure to watch more of my videos and subscribe! That’s it for YouTube, onto the last big subject:

Whew, here we go. First off, once I get this privacy policy working (which will appear on this website), City Dashz 1.2 will be out for iOS which currently is only for Android as of right now, a follow up bug-fixes update will arrive soon enough as City Dashz 1.2.1 and could be out Late January or earlier, which will fix glitches like not able to buy heads. Stick with bodies for now, it will still probably take you a while 😉

Soon enough in February or March, Tumbl3 will get some Music and a port to iOS! Very exciting! Also we have 30 downloads of City Dashz across all platforms! Tell your friends about the game! 😀

If you want more apps, you’re in luck, my next game: Impact, is another dodge game where you have to dodge balls, collect power-ups, buy characters, shaking terrors and more! It should be out around May! You can play the Khan version here: https://www.khanacademy.org/computer-programming/impact-103/6272456781529088

I possibly might make one more app around December 2019 called Snowboarderz, which is a game where you snowboard, do challenges, championships and if I figure out, you just might be able to play with other players online :O

I might also be making a Online Multiplayer Shooter called Planetz.io (which I probably should reserve the domain, gulp! If someone takes it I’ll be quite mad :P) Where you collect resources to build weapons and fight other players with ship fights, lazer fights, galactical adventures and galactical disasters! With multiple modes, this game sure will be fun! This game will be Website based obviously, and will probably most likely make it in 2020, but you never know, I could finish it for Summer 2019! 😀

Lastly, this is the big game I’m working on, called Monument Food: Shards of Hope, which is an Adventure/RPG, you can do 2 player co-op, intense battles and awesome story! This will also be coming out of the end of the year, I will be sharing the progress of all stuff on my Instagram!

Whew, that’s a lot of stuff! Also, I might be building a PC! Hope you enjoyed this blog post and now you have the stuff to look forward too!