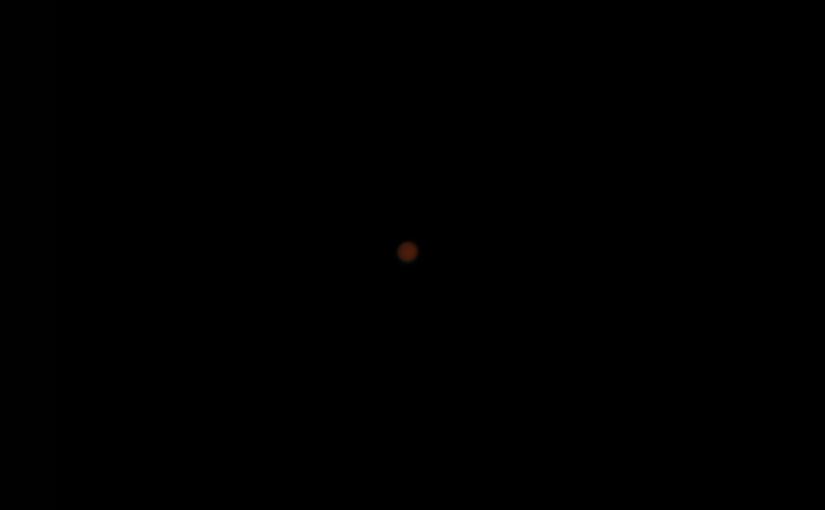 Now, say you are like me and you want to go and stargaze on the Mars Opposition, but oh no you can’t because for say, you have work to do, or you have to collimate your telescope which will take some time, or your hanging with your friends or be doing camping (You can probably still see Mars by the way but with your eye only)

So I have this post so you know how long Mars will be over a certain size or a certain magnitude! Mars at it’s best on July 31st, 2018 was 24.34″ in size, -2.79 magnitude and from 40 degrees latitude, mars only climbs just higher than 20 degrees in the sky, go 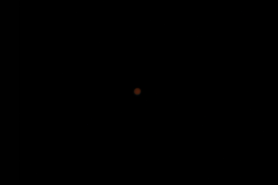 south to view it. Like, say Florida latitude or the Equator!

Btw here is a picture I got with my non-collimated telescope using multiple stacked images! 😀

END_OF_DOCUMENT_TOKEN_TO_BE_REPLACED

All pictures are taken in the Middle of this Month, Let us start off with the evening skies.

Saturn quickly lowers down in the skies towards the lingering mercury, at the start of the month, Saturn is at a height of 17° high in the SSW, by the end of the month, Saturn is at a very low 4° in the SW. Mercury doesn’t have much luck either, as it never goes above 3° at that time, but up to 6° at 5:00 PM on Nov 27. Mercury and Saturn shine at -0.2 and 0.5 magnitudes respectively, though. 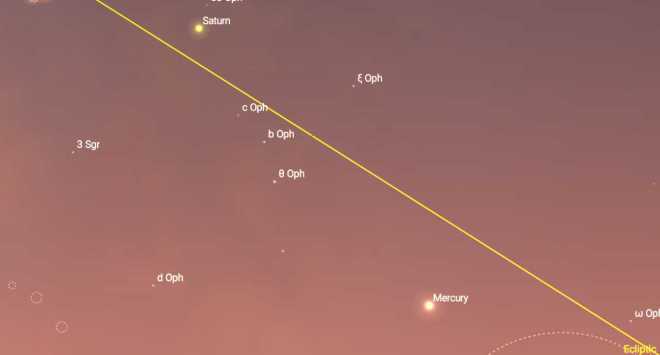 As we move to the SSE, we see Neptune at a Magnitude 7.9. You can’t quite tell from the picture but there is a star about 0.7° away from the Blue Giant. The star shines at a 3.8 Magnitude, which makes Neptune easy spotting. The two keep moving more south.

Away from those two. Uranus doesn’t have many stars near it, and the closest ones are not much brighter than the planet itself is. Uranus shines at Magnitude 5.9.

Not much happens at Midnight either, as the two faraway Giants keep moving East, and Neptune Eventually sets at 1 AM and Uranus sets at 5 AM.

At 4 AM the red planet Mars appears, shining at Magnitude 1.7. though it will be easier to spot an hour later, at 7 AM, Mars appears already at the SE (It started in the East), at an astonishing 30° high! 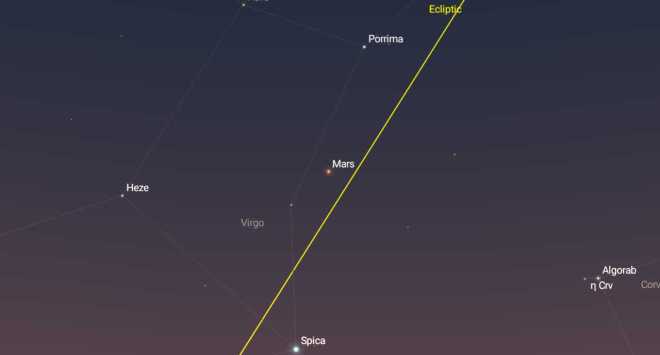 “Jupiter, shining at Magnitude -1.7, is with Magnitude -3.9 Venus. Though Jupiter is three times bigger. “

Moving to 6:30 AM (7:30 AM if daylight savings time), comes more. at the start, Jupiter is at the very bottom of the horizon, shining at Magnitude -1.7 With Magnitude -3.9 Venus. Though Jupiter is three times bigger, they both make a beautiful duo. On Nov 13th, Jupiter and Venus are ¼ degrees away, fit both in a telescope with around 30 Magnification and you can see Jupiter’s moons tilting to the ecliptic. They won’t hit Venus because Venus is on a horizontal line with Jupiter,  but they also easily fit in a pair of Binoculars!

As the month passes Venus moves down to the Sun and Jupiter move up. You won’t see more conjunctions until January sadly, but its worth the wait!

Overall, there isn’t much else to see. Just the slow Leonids Meteor Shower. Roughly every thirty years though, they can be angry with 100s of meteors per hour, otherwise, its just 15. Happy Planet Hunting!

Hello! I am starting up a new series of posts that are released every Wednesday! Its called “The Skies This Week” and will determine what happens within a week.

First off, lets start in the Evening, in our evening (Toronto, ON. this may vary where you are), we can easily spot Jupiter a dozen minutes after sunset, in the southeast. Jupiter shines around Magnitude -1.7 on Jul 19th and Magnitude -1.66 on Jul 25th. Jupiter lands in the constellation Virgo currently. Jupiter will set at Midnight.

A little over to the south (SSE), you’ll see Saturn, having Opposition a month ago means it will set around 3 Am. Saturn glimmers at Magnitude 0.06 on Jul 19th and Magnitude 0.1 on Jul 25th. A bit lower and more west is Pluto, at a tough Magnitude 14. Saturn is in Ophiuchus and Pluto is in Sagittarius. 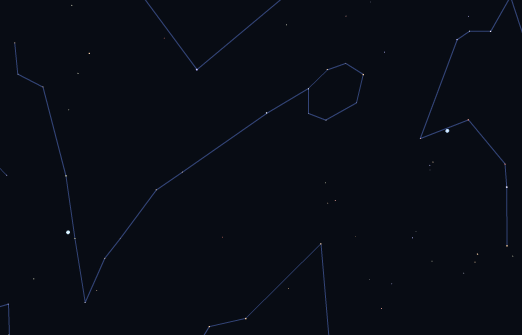 Rising at Midnight, Neptune rising in the East at a magnitude 7.81 to a magnitude 7.8. Shining in Aquarius for the past decade and will leave in the early 2020s to Pisces.

At 3:30 Am, the Waning Crescent Moon and Venus rise together near each other on Jul 20th to Jul 21st. Venus shines at Mag -3.92 to Mag -3.88, dimming a bit, but you probably won’t tell, it also goes more west through the week, but not much higher. The Moon will be a New Moon for Jul 22-24th, the Moon is a thin Waxing Crescent on Jul 25th 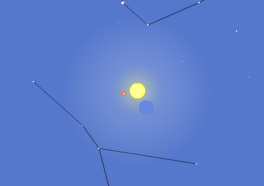 Also the moon gets quite close to the sun, about one or two degrees apart! this shows the upcoming Eclipse on August the 21st.

Use a solar filter, also Mars is currently in conjunction in the sun, and Mercury is lost in Evening Twilight.

Hope this helps! ask me in the comments if you want me to do more!

thanks to neave.com for the planetarium!

You’ve Probably Heard of it on the news but if you don’t have cable (or a TV) you have come to right place astronomers!

END_OF_DOCUMENT_TOKEN_TO_BE_REPLACED 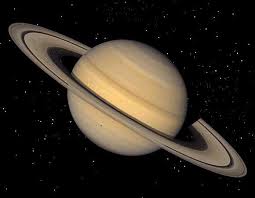 END_OF_DOCUMENT_TOKEN_TO_BE_REPLACED

Hi Teddy is on his blog again YAY!

This time we will do something about space.

I saw Saturn was getting close to the sun so I wrote about it.